Difficulty: 1 of 5
Clearing a blocked sink drain requires only few basic tools and a little elbow grease.
Wear goggles for eye protection and use a bucket to contain the mess underneath the sink.

Step 1: Use a plunger to clear the clog 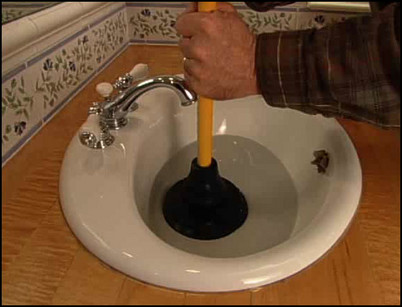 Plug the overflow drain hole (in a bathroom sink) or additional drain (in a double kitchen sink) with a wet rag to create suction. Plunge using an upward motion to pull the blockage and clear the drain.
Try using a plunger first to clear the drain.

Step 3: Clear the trap and pipes with a plumber’s snake 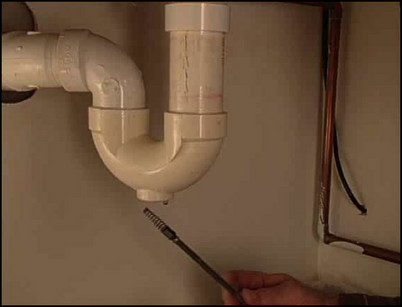 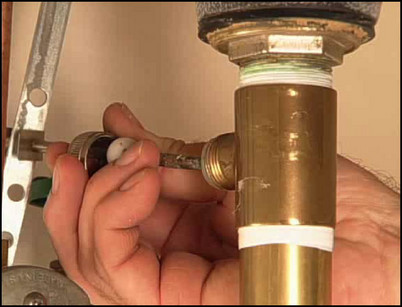 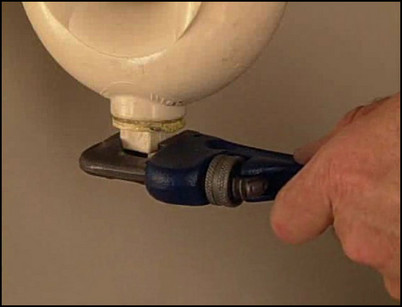